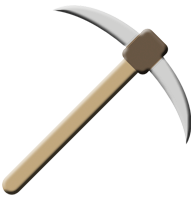 How can I learn to exegete the Scriptures for myself? 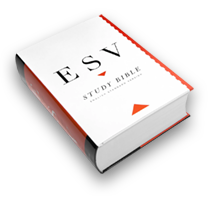 Buying an ESV Study Bible will be helpful because:

Here is one ESV Study Bible you can consider.

Commentaries are helpful because:

Here is a commentary series you can consider.

Learn from the Bible Project

The Bible Project is helpful because they offer free tools that will help you:

Logos is a comprehensive Bible study software that will allow you to: 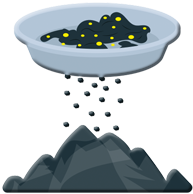 How can I learn to properly interpret the Scriptures for myself?

What does this passage mean to me?

The goal of interpretation is not to apply your own meaning to the text.

That’s called eisegesis and it must be strictly avoided.

Instead, ask this quesiton…

What does the original author mean?

The goal of interpretation is to understand the author’s intent.

Remember, for every passage of Sciprutre, there is both:

The human authors did not have you in mind when they wrote their books. They were writing to their intended audience.

Remember, the audience may be:

Once you understand the author’s meaning for the original audience, it’s time to…

Build a bridge from the original context to your context, through the cross.

Ask God how the cross changes where you stand in relation to the original context of the passage.

Remember, if you’re stuck interpreting a passage, you can always: 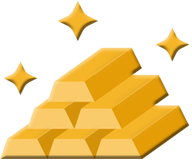 How can I communicate God’s Word?

Begin by preaching the Word to yourself, that you will contiually be “renewed by the transformation of your mind.” (Romans 12:2)

Allow your conversations to be shaped by what you learn from the Word, that you may teach those you’re closest to (Deuteronomy 6:7).

In a Small Group

Welcome the Word of God to become the binding agent between you and others, as you seek to live in biblical, Word-based community (Colossians 3:16).

Ask God to show you how He wants you to use the Word to teach and minister to others.

“Expository preaching is the communication of a biblical concept, derived from and transmitted through a historical, grammatical, and literary study of a passage in its context, which the Holy Spirit first applies to the personality and experience of the preacher, then through the preacher, applies to the hearers.”  Haddon Robinson, Biblical Preaching: The Development and Delivery of Expository Messages (Grand Rapids, MI: Baker Books, 1980), 21.

“Exposition refers to the content of the sermon (biblical truth) rather than its style (a running commentary). To expound Scripture is to bring out of the text what is there and expose it to view. The expositor opens what appears to be closed, makes plain what is obscure, unravels what is knotted, and unfolds what is tightly packed.”  John Stott, Between Two Worlds (Grand Rapids, MI: William B. Eerdmans Publishing Company, 1982), 92.

“The first and foundational criterion is that sermons must be biblical, that is, they must pass on the meaning and intent of Scripture. A second criterion, implied in the first, is that sermons must be God-centered (or Christ-centered) rather than human centered. If the Bible can indeed be characterized as God’s self-revelation, then any biblical sermon will have to manifest that same quality by being God-centered and not human-centered. A third criterion is that sermons must be good news. If one of the main New Testament words for preaching is ‘to announce good news’ (euangelizomai), and if one may characterize as ‘good news’ not only the Gospels but the entire Bible, then our sermons ought also to measure up to this standard so that they are indeed good news.”  Sidney Greidanus, The Modern Preacher and the Ancient Text: Interpreting and Preaching Biblical Literature (Grand Rapids: Eerdman’s Publishing Co., 1988), 15.

Expository preaching is “unfolding the text of Scripture in such a way that makes contact with the listener’s world while exalting Christ and confronting them with the need for action.”  Alistair Begg, Preaching for God’s Glory (Wheaton, IL: Crossway Books, 1999), 23.

“Expository preaching is the contemporization of central proposition of a biblical text that is derived from proper methods of interpretation and declared through effective means of communication to inform minds, instruct hearts, and influence behavior toward godliness.”  Ramesh Richard, Preparing Expository Sermons: A Seven-Step Method for Biblical Preaching (Grand Rapids, MI: Baker Books, 2001), 19.

“The main idea of an expository sermon (the topic), the divisions of that idea (the main points), and the development of those divisions (the subpoints), all come from truths the text itself contains. No significant portions of the text is ignored. In other words, expositors willingly stay within the boundaries of the text (and its relevant context) and do not leave until they have surveyed its entirety with their listeners.”  Bryan Chapell, Christ-Centered Preaching (Grand Rapids, MI: Baker Publishing Group, 2005), 131.

“Expository preaching is text driven preaching that honors the truth of Scripture as it was given by the Holy Spirit. Its goal is to discover the God-inspired meaning through historical-grammatical-theological investigation and interpretation. By means of engaging and compelling proclamation, the preacher explains, illustrates and applies the meaning of the biblical text in submission to and in the power of the Holy Spirit, preaching Christ for a verdict of changed lives.”  Daniel Akin, Bill Curtis, Stephen Rummage, Engaging Exposition (Nashville, TN: B&H Academic, 2011), 2.

We are here to help you learn how to study the bible. If we can answer questions or further assist you, email us at info@gracepointestcloud.com.